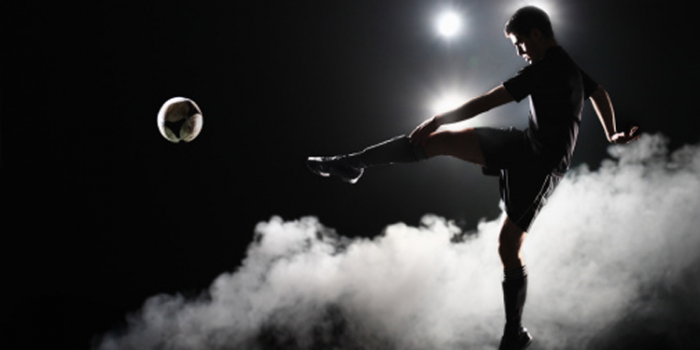 During last year’s Big Data Week Conference in London, Malta-based entrepreneur Valery Bollier correctly foresaw that Leicester midfielder Riyad Mahrez would be the player to keep an eye on. “I'll give you a prediction for this season: there is a footballer, named (Riyad) Mahrez. According to our game, he is at the moment the best midfielder in Europe, not just in England,” said Bollier during his presentation on Big Data, sports and online games back in November. “I bet that at the end of the season his value will be huge.”

Guess who was just named the Professional Footballers’ Association (PFA) Player of the Year?

How is it possible that Bollier gave such an accurate prediction, months prior? The answer to this question is the power of big data and information, which is collected during football matches. This means that the actions occurring on the field are converted into numbers through the use of mathematics and computing power.

Bollier is the co-founder and CEO of daily fantasy sports operator Oulala.com, which is known for its sophisticated mathematical matrix. Oulala’s system includes 70 different criteria dependent on a player’s position (keeper, defender, midfielder, striker), resulting in a total of 275 ways to gain or lose points. These range from the usual goals and assists to the more detailed shots on target and successful tackles, amongst many others, making it as close to football reality as possible. 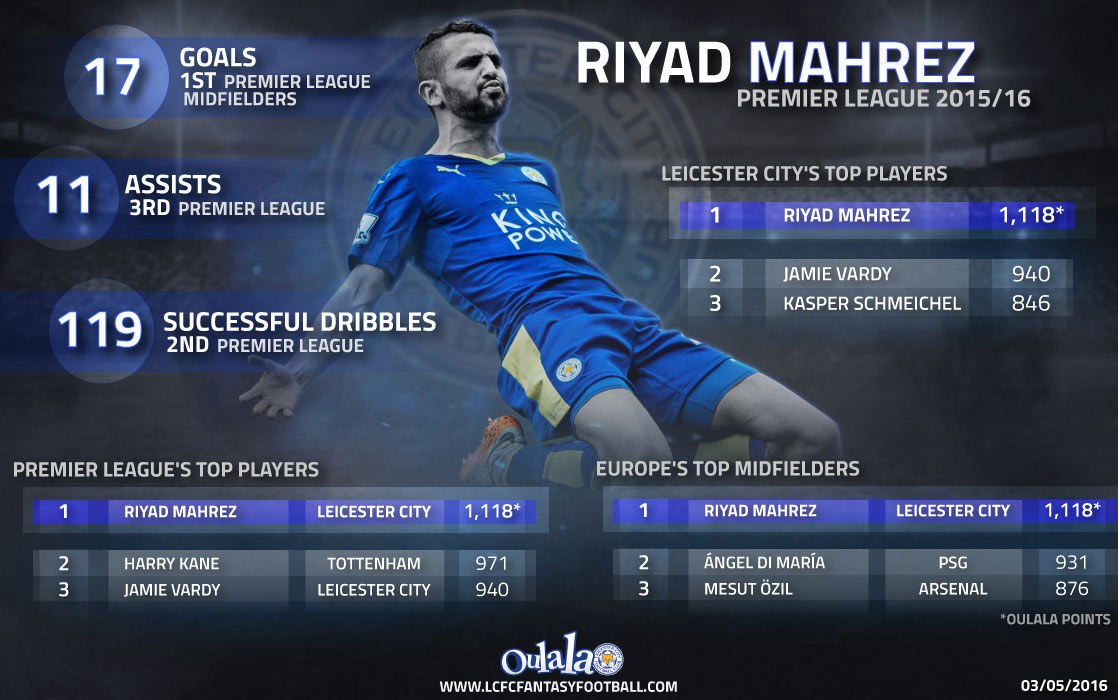 Despite the fact that there were six players in the running to win the award for the PFA Player of the Year – Riyad Mahrez, N'Golo Kante, Jamie Vardy, Harry Kane, Dimitri Payet and Mesut Ozil – those who followed Oulala’s predictions didn’t find it hard to guess who the winner would be. According to Oulala, Mahrez has been the best Premier league player so far with 1118 overall points in 35 appearances, and the sixth best player in Europe only behind Lionel Messi (1635), Neymar (1454), Zlatan Ibrahimovic (1418), Luis Suarez (1254) and Cristiano Ronaldo (1172). In the Premier League, the 25-year-old Algerian is followed by teammate Jamie Vardy who has collected 940 points in 34 matches.

At the conference in London, Bollier further explained that the player who attracted lots of attention in the previous season was Kevin de Bruyne, from Wolfsburg (Bundesliga): “Three, four months after the beginning of the season we usually start seeing unknown players from small teams that start over-performing in our game. They have more points than they should. Usually at the end of the season these guys are bought by big clubs.” De Bruyne, the Footballer of the Year 2015 in Germany, was later signed by Manchester City for a transfer fee of £58 million (€74 million).

What about Mahrez, who has won the Premier League sensationally with the Foxes? Will he earn himself a move to a “bigger” club? Despite the fact that he currently has a contract with the Leicester City Football Club until June 2019, there is no doubt that numerous suitors will be making big money offers.