State of Innovative Chatbots and Intuitive AI in 2017 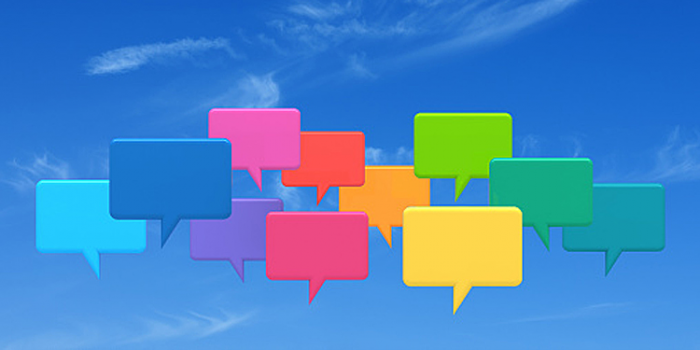 "Chatbots are computer programs that mimic conversation with people using artificial intelligence. They can transform the way you interact with the internet from a series of self-initiated tasks to a quasi-conversation," according to Julie Carrie Wong of The Huffington Post.

They can now recognize objects in images and video and transcribe speech to text better than humans can. A bot might be able to process your credit card faster than a human (though humans can still do things bots can't even comprehend).

Yet the tools and platforms for creating and hosting bots are becoming more widespread and so easy to use that you may be making your own bots within a year or two.

Versatility of bots and AI

"AI is all around us, from searching on Google to what news you see on social media to using Siri," said Babak Hodjat, co-founder and chief scientist of Sentient. "And with the momentum around AI growing every day, it’s not surprising that some of the most innovative retail sites have recently been experimenting with the use of AI, as well."

This reminds me of the popular TV show “Undercover Boss” where company owners disguise themselves as regular staff members and work with everybody else. Some of the discoveries they make are real eye-openers – leading to changes that make the company more efficient, profitable and enjoyable for everybody to work in.

Likewise, "both chatbots and AI together form a small but significant step in revolutionizing the way enterprise solutions are supposed to be – simple, intuitive, and engaging," said Siddharth Shekhawat, CEO and Co-Founder of Engazify.

What makes bots noteworthy and special is that they can easily be integrated into some of the existing communication platforms used by businesses in order to give an in-app experience to its users.

Bots are user-friendly for no programming required

Take San Francisco-based Motion AI, for instance. No programming skills required. Regardless of how simple or complex your use case is, Motion AI streamlines the entire process. While there are thousands of chatbots everywhere, if you can simply draw a flowchart, you can create a chatbot.

This is how it works – diagram your conversation flow, connect your bot to a messaging service and go. Motion AI allows you to deploy Node.js code directly from their interface. This makes for an excellent product when integrating your bot with third-party APIs, databases and services.

Kemal El Moujahid, lead product manager for the Messenger team at Facebook, puts it this way:

"Typically, a bot would be useful to retrieve information for you, alert you at the right time or play a game with you. Very basic, very simple.

When we opened the Messenger platform, it was natural to refer to these new experiences that developers could build for our users as “bots.” Some would tell you the weather, others would send you news, all of this automated and through chat.

If you prefer the feel of sending a text to filling out a field, you’ll prefer the chat bot experience. Given such scenarios, one can conclude that there is much more to bots and machine translation.

According to Mariya Yao, head of design and engagement at Topbots.com, "The practical applications are mind-blowing, as well. Computers can predict crop yield better than the USDA and indeed diagnose cancer more accurately than elite physicians."

Google replaced Google Translate’s architecture with neural networks, and now machine translation is closing in on human performance. But as developers build more and more valuable and delightful experiences for consumers and businesses, leveraging all the tools in a platform, it’s become clear that “bots” are about much more than chat.

There’s a global market for messaging and mobile interactions with different features. Facebook Messenger and Whatsapp combined see more than 60 billion messages sent each day on the two platforms. Traditional text messaging clocks in at approximately 20 billion sent globally. Another example is Chinese messaging platform WeChat. Its P2P feature is accessed by 600 million of its users in China.

There are, of course, many chatbot platforms that already exist. These tend to be bot-as-a-service platforms, where you can build, adapt and deploy your service in the cloud. For instance, WeChat uncovers how adding payments to the chat experience can have vast implications on user engagement.

A look at the system

According to Dr. Peter Norvig and Professor Stuart Russell:

In order to pass the Turing Test, the computer system would need to possess the following capabilities:

"Natural language processing is possibly the hardest area of artificial intelligence to crack," said Paul Boutin, senior reporter of Chatbots Magazine. "A conversation held by a human customer service trainee who barely speaks the customer’s language is still beyond the reach of today’s NLP systems, or that rep would be out of a job. As it turns out, natural language processing is so complex that it isn’t just one field of research, it’s at least four."

Adelyn Zhou, head of marketing at TOPBOTS outlined recently the 100 best bots for brands and businesses leading their industries in messaging innovation. She said:

"You’d never expect Mark Zuckerberg, king of social networks, to publicly admit that “messaging is one of the few things that people do more than social networking,” but the evidence is now indisputable. In 2015, Business Insider reported that messaging apps overtook social networks in popularity.

Since then, every major messaging product – from Messenger to iMessage, Slack to Skype, Echo to Allo – opened up their platforms for “bots” and “micro-apps” which enable users to interact with brands and business without leaving the app. Leading companies from every sector jumped at the opportunity to use conversation and voice to engage customers in a scalable, personalized way."

Chatbots are well-suited for mobile (possibly more so than apps) as messaging is at the heart of the mobile experience. Wide consumer adoption of AI and machine learning-based bots is rapidly growing, as well.

Creating your own bot has never been easier or more affordable than it is now with a variety of developer tools available from different platforms. Looks like chatbots are here to stay for a long time.