The Disruptive Impact of the Digital Revolution on Accounting 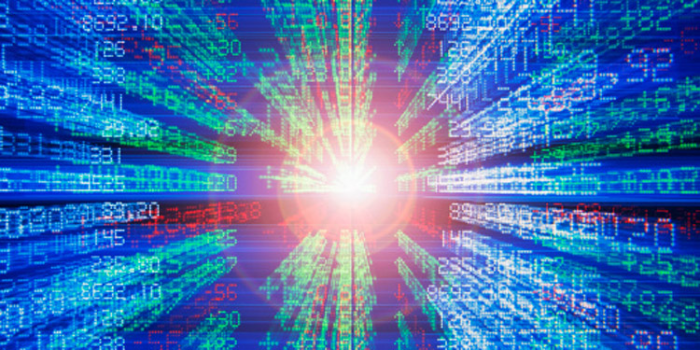 Organizations are slow at adopting progressive methods. This is true for CFOs, CPAs and accountants. The accounting profession needs to prepare for change and threats to competitive advantage because there is an accelerating and disruptive digital technologies transformation in progress called the “digital revolution”.

We are witnessing significant changes in the nature of technologies available for today’s managers and employee teams with regard to infrastructure, availability and capacity. These elements have accumulated in four key technologies often referred as SMAC – Social, Mobile, Analytics and Cloud. Venture capital investors have recently shifted towards big data and artificial intelligence that combine these technologies. These investments are accelerating the impact of this revolution.

Examples of digitization disrupting traditional industries such as Uber for car passenger transportation are just the tip of the iceberg. While the term artificial intelligence (AI) originated in the 1950s, the world turned its back to the promises of AI. For decades, research in this space continued by a handful of researchers in Canada. Their continuing research has recently contributed to the rebirth of interest in artificial intelligence. It’s no surprise that some of the relevant startups for professional services firms emerged out of Canada.

As examples: Ross Intelligence can streamline the manual search that junior attorneys in law firms labor at to research past cases. MindBridge AI is capturing and augmenting assurance associates’ knowledge into an AI, enhancing professional judgment and simplifying work around data and analytics. Both examples will create new capacities or remove obsolete job titles and will redefine workflows in these professions.

Embracing “digital transformation” is the recourse for protection and preservation. This doesn’t mean that accountants should seek to become data scientists or build mobile apps. They need the competence to choose the technologies fitting them and be demanding and aggressive in adopting them. In some areas, low cognitive tasks, such as the manual and tedious tasks performed by accountants, can be augmented and monitored, down to key strokes, by an AI engine. The AI will never take a vacation or get tired. It can operate 24/7.

5 accounting functions that will be impacted

As automation displaces a traditional accountant’s work, it is important for those affected to have a positive and an optimistic attitude and consider the newly-created upside potential for them to perform fulfilling work and higher cognitive tasks. Despite science fiction movies that present an apocalyptic view of robots, the future should not be feared. This is because robotic software can, for now, only handle low-cognitive tasks and does not have a sense of self-preservation like humans. Regardless, we need to clearly identify where they will impact work the most.

Here are five accounting functions that we believe will be highly impacted:

The risk of digitalization for accountants is due to the increasing application of affordable commercial software that automates the workflow processes of the monthly, quarterly and fiscal year-end accounting close. Software can quickly access source data and apply tax calculation rules. Small businesses, similar to individual households, can now use commercial tax preparation software instead of hiring tax professionals from a third-party service.

The purpose of an audit is to obtain reasonable assurance about whether financial statements are free of material misstatements and irregularities due to error or fraud. Digitalization improves the quality of an audit in many different ways. For example, using an AI-expert system capable of scanning through 100% of the data and applying advanced analytics and anomaly detection in the audit can lead to better-informed risk assessments. It leads to a far more focused and relevant (higher quality based on risk) sample which increases the speed of engagements and decreases liability.

The general term for third parties who perform outsourced accounting tasks is business process outsourcing (BPO). The BPO business model is typically based on fee-for-service pricing. With centralization and economies of scale from having multiple customers, a BPO provider can often perform both front and back office accounting tasks more efficiently.

Automation and technology have already begun to revolutionize regulatory compliance reporting. The implications are that rather than accountants requiring only mathematical acumen, mastery of tax laws or bookkeeping proficiency, accountants can devote more time with increased skill to interpreting and analyzing financial information. For example, they can use XBRL, a format that can now digitally transmit its financial statement filings to government regulatory agencies.

Mitigating risk due to digitalization within accounting

Automation is bound to impact accounting tasks and jobs. In some tasks where complexity is substantial and the volume, variety and velocity of data are all high, computer software may outthink a human analyst. Automation is also capable of applying what was learned from previously solved problems to new problems. For example, automated analysis to evaluate the financial return from varying capital investments, such as for different assets such as machines, can be used to evaluate acquiring different types of new customers.

Accountants need to face the reality that low-cognitive tasks will soon be performed by a combination of brute computer processing power, big data and algorithms. The most severe risk an accountant faces due to digitalization and automation is the elimination of their job. Other risks are downward pressure on salaries for some accounting positions, with potential increases in workload and work hours.

Different people have different reactions to change. Some people may deny the change, while others may embrace it. There are several ways that accountants can mitigate the impact on themselves:

• Increasing skills with education and training

As automation increases examining the output of automation, including reports and analysis, will be emphasized. As this emphasis changes, accountants can convert their feared risks into opportunities. They can do this by acquiring new skills and capabilities such as with planning, strategizing and analysis which contribute higher value to the organization than simply reporting data. This can be accomplished via education and training. For example, The Institute of Management Accountants reports that members who pass its Certified Management Accountant (CMA) exam earn on average a 35% higher salary relative to comparable accountants without the CMA degree.

In certain cases, accountants will find that robotic and analytic software does not fully replace a job function. Instead, it will automate the repetitive tasks of a workflow process, and the accountant can then augment the automation with value-adding work. For example, as automation reduces errors and generates information more quickly, the accountant can shift from producing reports to investigating discrepancies. In effect, the accountant becomes the machine’s supervisor. As automation occurs many jobs will be redefined rather than eliminated.

Entrepreneurial accountants will recognize the opportunities that digitalization, automation and AI can bring for expanding existing business models such as business process outsourcing and tax processing services. Additional opportunities are to pursue new business models, such as financial software implementation services, including providing the analysis generated from the information produced from the software.

As one begins to more fully understand the impact of software automation and the speed at which it will affect accounting jobs, accountants have two broad choices on how to react. The first is fearfully, wondering if they chose the wrong profession and should pursue a different career. The second is to seize the opportunity for change and embrace the positive and imminent impacts from automation. This includes preparing themselves for less tedious and more fulfilling work that will bring increasing value to their organizations and their clients – as well as themselves.

The choice will be their own. No one has a crystal ball, but our bet is they will make the latter choice.