How Far Will Blockchain Technology Go? 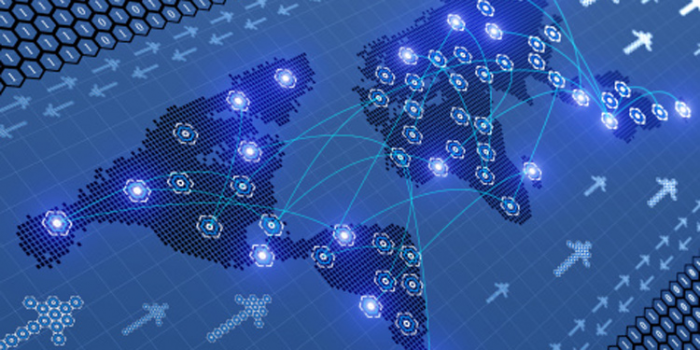 Minneapolis Federal Reserve Bank President Neel Kashkari said recently that blockchain technology has more potential for being adopted in the future than bitcoin itself.

Blockchain is a subset of bitcoin which acts as a transaction ledger driven by computer networks. It has garnered attention worldwide for its efficiency in tracking and recording of assets.

Don Tapscott, co-author or “Blockchain Revolution,” said, “The technology likely to have the greatest impact on the next few decades has arrived. And it’s not social media. It’s not big data. It’s not robotics. It’s not even AI. You’ll be surprised to learn that it’s the underlying technology of digital currencies like bitcoin. It’s called the blockchain.”

Blockchain contains applications with far-reaching impacts that defy the basic elements of big data by surpassing basic activities such as transfers of money and electronic currencies. Blockchain has the capability to manage everything from medical records to property deeds to musical ownership rights. This concept will defy traditional approaches of having arbitrators handing and processing transactions and will bypass processes which slow down business processes. In other words, blockchaining will allow for instantaneous results which serve to profit all.

In the era of big data and the Internet of Things, blockchain has applications that go beyond the tangible, intangible and monetary things like digital currencies and money transfers. From electronic voting, financial services, health care, supply chain, oil and gas, smart contracts and digitally recorded property assets to patient health records management advertising, publishing, media, energy, government and proof of ownership for digital content – among many others.

Algorithms which are indigenous to blockchain eliminate the dependency of the human factor to validate business activities. Through these measures, the cost of overhead for companies will become greatly reduced. The healthcare system will benefit greatly from blockchains as it will open up once closed doors for the efficient exchange of electronic information between the individual and medical providers.

Smart contracts will be standard operating procedures as business practices will be written into software, which will allow for streamlined practices in operations. In turn, businesses will deliver the most cost-effective product to the general public requiring such services.

Katherine Shaffer from Social Service Administration adds that a vast amount of storage is required for blockchaining. Many activities go on behind the scenes in the implementation of blockchain activity, such as network encryption, generation of offline data and open sourcing and narrowing of cloud storage.

The security of blockchaining is not compromised as sequential hashing in tandem with scalability is implemented in order to maintain the integrity of the data. There is also an extensive log of etiology of any type of item which is a valuable tool in the quest for transparency of data. This process will reveal to the individual the history of the data, from its inception to the users who have viewed or altered the data through processing.

The online ledger, which is blockchain, bypasses third-party interaction and remains anonymous while remaining secure. As such, it is the safest and most important method to implement any form of business transaction.

“For most, the easiest place to start is single-use applications, which minimize risk because they aren’t new and involve little coordination with third parties. One strategy is to add bitcoin as a payment mechanism. The infrastructure and market for bitcoin are already well developed, and adopting the virtual currency will force a variety of functions, including IT, finance, accounting, sales and marketing, to build blockchain capabilities. Another low-risk approach is to use blockchain internally as a database for applications like managing physical and digital assets, recording internal transactions and verifying identities. This may be an especially useful solution for companies struggling to reconcile multiple internal databases. Testing out single-use applications will help organizations develop the skills they need for more-advanced applications. And thanks to the emergence of cloud-based blockchain services from both startups and large platforms like Amazon and Microsoft, experimentation is getting easier all the time.”

Iansiti and Lakhani further note, “The parallels between blockchain and TCP/IP are clear. Just as email enabled bilateral messaging, bitcoin enables bilateral financial transactions. The development and maintenance of blockchain is open, distributed and shared – just like TCP/IP’s. A team of volunteers around the world maintains the core software. And just like email, bitcoin first caught on with an enthusiastic but relatively small community.”

“Once this basic infrastructure gained critical mass, a new generation of companies took advantage of low-cost connectivity by creating internet services that were compelling substitutes for existing businesses. CNET moved news online. Amazon offered more books for sale than any bookshop. Priceline and Expedia made it easier to buy airline tickets and brought unprecedented transparency to the process. The ability of these newcomers to get extensive reach at relatively low cost put significant pressure on traditional businesses like newspapers and brick-and-mortar retailers.”

Built on a new peer-to-peer architecture

“Ultimately, it took more than 30 years for TCP/IP to move through all the phases—single use, localized use, substitution and transformation—and reshape the economy. Today more than half the world’s most valuable public companies have internet-driven, platform-based business models.”

Gartner projects that devices or things using blockchains to transact will comprise 30 percent of the global customer base by 2030. Shin reports that, “One of the more popular futuristic scenarios is that we may someday tell our self-driving car that we're in a rush and to send a micropayment to any car that is willing to be passed on the highway. The money will be transmitted via a combination of blockchain and IoT technologies.”

Since blockchain is a highly integrated and interdependent system, there is a low potential for security breaches, as infiltrating one block would have a detrimental effect on the other block, etc. The network system must have capabilities of extensive bandwidth in order to process and hold vast amounts of data.

Overall, in the realm of government bureaucracy with the proverbial “red-tape” which it is known for, blockchain would be the answer to more efficient and timely government agency processing, especially in assisting those who come to the federal government looking for assistance with medical issues. If blockchain would be implemented, we all benefit from creating a better work product and most importantly, by assisting citizens in their time of need.