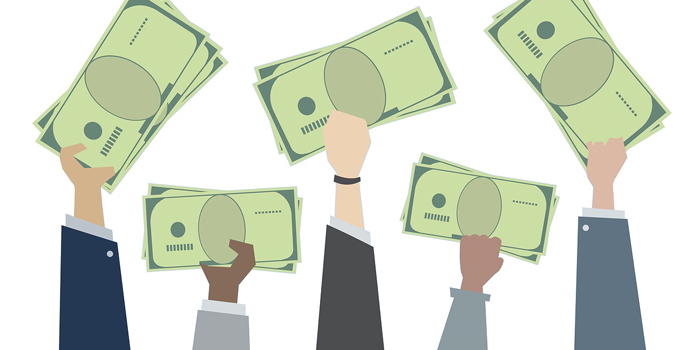 Job seekers hoping to secure signing bonuses should move quickly, as employers are indicating in a new Salary.com survey of U.S. companies that these bonuses are a short-term fix for widespread talent shortages. While 50 percent of employers surveyed are offering signing bonuses, only 20 percent expect to still be doing so by the end of 2021.

This is not bad news for new hires, however, as more than 62 percent of organizations are planning to increase base salaries to attract new hourly and salaried employees within the next six months, which will increase their labor costs. Even more promising news for job seekers: 67 percent said their starting base salaries are above their market reference point.

With 82 percent of employers saying they perceive a talent shortage, the prevalence of signing bonuses is not surprising. Signing bonuses have been deployed in relatively equal measure to both salaried and hourly workers, with hourly employees getting a median bonus of $1,000 and salaried employees getting a median bonus of $5,000.

Retention bonuses have been leveraged by 21 percent of companies surveyed. Of those, 38 percent offer these bonuses to both salaried and hourly workers.

Both hourly and salaried new hires stand to benefit from salary increases: 65 percent of organizations surveyed are likely, or very likely, to increase base salary rates for hourly employees in the next six months. Sixty-two percent plan to do so for salaried workers.

"The prevalence of signing bonuses to attract workers in high demand and short supply has proven to be a short-term phenomenon as organizations move to a post-pandemic reality," said Garry Straker, compensation consultant at Salary.com. "The shift to salary increases for new hires will have greater long-term impact, so organizations will have to move with care to attract new hires while retaining existing employees. Retention of current employees will require proactively monitoring and addressing salary compression. Incumbent employees who see new hires making as much, or more than themselves may feel they are being treated unfairly and be tempted to look elsewhere to attain a higher pay rate."

According to Straker, as companies work to address internal and external labor market dynamics, there will be an increased focus on HR metrics, the benchmarking of market data, as well as gauging employee sentiment. He noted this is particularly true in an environment where employee expectations have changed and there is heightened awareness of pay equity issues. In states such as California and Connecticut, where pay transparency is required, the challenges and risks become greater.

"It's important to realize it's not just about pay for today's employees, many of whom have expressed a strong preference for flexible work arrangements, advancement opportunities, greater diversity, and alignment of cultural values that can make an employer attractive," said Straker.

Data was collected between June 9 and July 15, 2021. 405 organizations located in the U.S. and Canada participated in the survey, with data collected from seven different roles, including executive, HR manager, compensation professional, director, and individual contributor. Almost 50 percent of respondents work for companies with 1-500 employees, with almost 24 percent working for companies with 5,000-10,000 full-time employees.