7 Mistakes to Avoid in Blockchain Projects 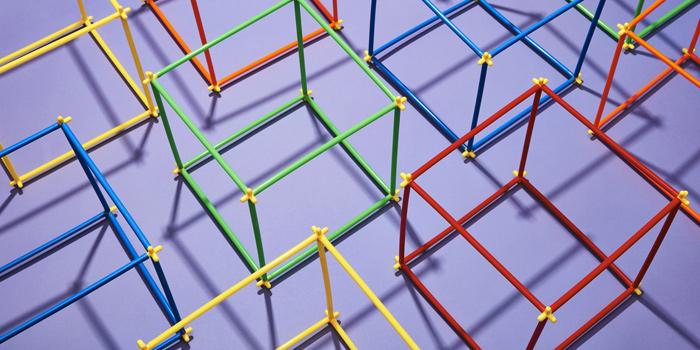 Interest in blockchain continues to be high, but there is still a significant gap between the hype and market reality. Only 11% of CIOs indicated they have deployed or are in short-term planning with blockchain, according to the Gartner, Inc. 2019 CIO Agenda Survey of more than 3,000 CIOs. This may be because the majority of projects fail to get beyond the initial experimentation phase.

“Blockchain is currently sliding down toward the Trough of Disillusionment in Gartner’s latest ‘Hype Cycle for Emerging Technologies,’” said Adrian Leow, senior research director at Gartner. “The blockchain platforms and technologies market is still nascent and there is no industry consensus on key components such as product concept, feature set, and core application requirements. We do not expect that there will be a single dominant platform within the next five years.”

To successfully conduct a blockchain project, it is necessary to understand the root causes for failure.

Here are the seven most common mistakes in blockchain projects and how to avoid them:

Gartner has found that the majority of blockchain projects are solely used for recording data on blockchain platforms via decentralized ledger technology (DLT), ignoring key features such as decentralized consensus, tokenization, or smart contracts.

“DLT is a component of blockchain, not the whole blockchain. The fact that organizations are so infrequently using the complete set of blockchain features prompts the question of whether they even need blockchain,” Leow said. “It is fine to start with DLT, but the priority for CIOs should be to clarify the use cases for blockchain as a whole and move into projects that also utilize other blockchain components.”

2. Assuming the Technology Is Ready for Production Use

The blockchain platform market is huge and largely composed of fragmented offerings that try to differentiate themselves in various ways. Some focus on confidentiality, some on tokenization, others on universal computing. Most are too immature for large-scale production work that comes with the accompanying and requisite systems, security, and network management services.

However, this will change within the next few years. CIOs should monitor the evolving capabilities of blockchain platforms and align their blockchain project timeline accordingly.

3. Confusing a Protocol With a Business Solution

Blockchain is a foundation-level technology that can be used in a variety of industries and scenarios, ranging from supply chain over management to medical information systems. It is not a complete application as it must also include features such as user interface, business logic, data persistence, and interoperability mechanisms.

“When it comes to blockchain, there is the implicit assumption that the foundation-level technology is not far removed from a complete application solution. This is not the case. It helps to view blockchain as a protocol to perform a certain task within a full application. No one would assume a protocol can be the sole base for a whole e-commerce system or a social network,” Leow added.

4. Viewing Blockchain Purely as a Database or Storage Mechanism

Blockchain technology was designed to provide an authoritative, immutable, trusted record of events arising out of a dynamic collection of untrusted parties. This design model comes at the price of database management capabilities.

In its current form, blockchain technology does not implement the full “create, read update, delete” model that is found in conventional database management technology. Instead, only “create” and “read” are supported.

”CIOs should assess the data management requirement of their blockchain project. A conventional data management solution might be the better option in some cases,” Leow said.

Organizations should view vendor discussions regarding interoperability as a marketing strategy. It is supposed to benefit the supplier’s competitive standing but will not necessarily deliver benefits to the end-user organization.

“Never select a blockchain platform with the expectation that it will interoperate with next year’s technology from a different vendor,” said Leow.

Smart contracts are perhaps the most powerful aspect of blockchain-enabling technologies. They add dynamic behavior to transactions. Conceptually, smart contracts can be understood as stored procedures that are associated with specific transaction records. But unlike a stored procedure in a centralized system, smart contracts are executed by all nodes in the peer-to-peer network, resulting in challenges in scalability and manageability that haven’t been fully addressed yet.

Smart contract technology will still undergo significant changes. CIOs should not plan for full adoption yet but run small experiments first. This area of blockchain will continue to mature over the next two or three years.

While governance issues in private or permissioned blockchains will usually be handled by the owner of the blockchain, the situation is different with public blockchains.

“Governance in public blockchains such as Ethereum and Bitcoin is mostly aimed at technical issues. Human behaviors or motivation are rarely addressed. CIOs must be aware of the risk that blockchain governance issues might pose for the success of their project. Especially larger organizations should think about joining or forming consortia to help define governance models for the public blockchain,” Leow concluded.

Additional analysis on blockchain will be presented during Gartner IT Symposium/Xpo 2019, a gathering of CIOs and other senior IT executives to gain insight into how their organizations can use IT to overcome business challenges and improve operational efficiency. Upcoming dates and locations include: