Evaluating Microsoft Versus Linux for IoT 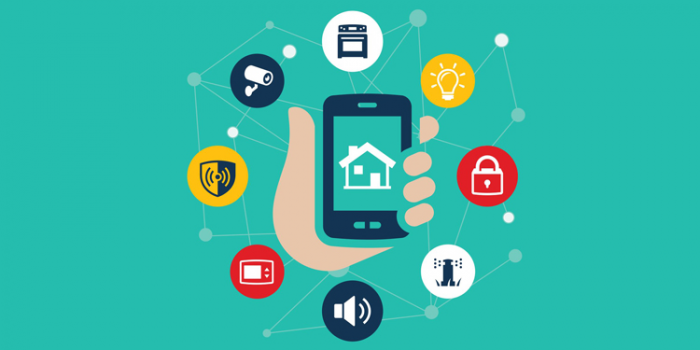 The year is 2001. Steve Ballmer, the then CEO of Microsoft said in an interview, “Linux is a cancer,” and “Linux contaminates all other software with hippie GPL rubbish.” Other senior executives were quoted as saying, "Open source is an intellectual property and software business destroyer.”

It is an operating system based on open source software. The underlying source code can be used, distributed or modified (commercially or non-commercially) by anyone under terms of respective licenses. Linux runs on mobile phones, tablets, network routers, TiVo, smartwatches, video game consoles and television sets.

Android is a derivative of the GNU/Linux operating system, which is an open source, unix-like operating system. Other popular open source products developed over the years and are still extensively used are Chromium, Mozilla Firefox, LibreOffice, Apache HTTP Server, etc.

The copyright holder of any open source software provides the right to any person to change, distribute and study the software for whatever purpose. The brilliant feature of open source projects are collaboration from multiple independent sources. Any single entity or company has limited resources and design perspective as compared to multiple parties developing a software.

The main feature of open source software is that any party can contribute to develop and improve the software, as well as provides solutions to unique or specific problems which results in the software sustaining in the long-run.

Fast forward to 2015. The current CEO of Microsoft is Satya Nadella, and it is obvious that Mr. Nadella is an avid supporter of open source software and Linux. Remember the picture Microsoft (loves) Linux? Well, that is evident after Microsoft open sourced a number of Linux products. Microsoft has been the biggest contributor to open source projects on GitHub, as well. Let’s not forget that, plus Linux Microsoft share a quid-pro-quo relationship, and both benefit from open source software development.

Just as we are, more often than not, resistant to change, successful companies had to keep up with the times and their view towards open source software thus changed. These companies were able to benefit from open software in terms of better quality of software, lower costs of software development, better security and no vendor lock-in period. On approximation, open source softwares (Linux) has 0.17 bugs/1000 lines of code, whereas proprietary software has 20-25 bugs/1000 lines of code.

Microsoft and Linux have developed several products apart from Microsoft supporting and contributing several Linux Foundation projects. Visual Studio Code was one of the first collaborations between the two companies followed by SQL Server on Linux. Microsoft also has its own Linux OS, on-premise data centers and service providers as well as Azure Public Cloud.

Everyone’s Linux (ELX) Desktop (formerly 3T Solutions), developed in 2002 in marketing association with Maxil Technology Solutions, is a Linux-based desktop operating system that has the same functionality and features as a Windows OS along with the added feature of security and robustness. ELX is India’s first commercial, Linux-based OS which proved to be a successful version in niche market segment.

The widespread adoption of the Internet of Things will take time, but the timeline is advancing thanks to improvements in underlying technologies. Now is the time for executives across all industries to structure their thoughts about the potential impact and opportunities likely to emerge from the IoT.

Snappy Ubuntu Core is ranked as one of the best distros that will shine in 2016, and I would say it is also the best distro for IoT. It’s also ranked as the best Linux-based operating system out there for IoT and other such devices. The operating system holds great potential to turn almost everything around us into smart devices, such as routers, coffeemakers, drones, etc. What makes it even more interesting is the way the software manages updates and offers containerization for added security. In the business-to-business marketplace, one well-known application of the IoT involves using sensors to track radio-frequency identification (RFID) tags placed on products moving through supply chains, thus improving inventory management while reducing working capital and logistics costs.

Linux is also enjoying success among companies that use computers for a specific purpose (rather than just general productivity). For example, several retail chains in Southeast Asia are in the process of installing Linux-based cash registers and terminals. Recently, a big diamond and jewellery chain of stores in South Africa decided to change their existing system and replace it with Linux. A large pharmaceutical company in North America is contemplating a shift from their existing Mac system to a Linux-based OS. In all these cases, Linux is considered to be a low-cost, network-oriented, task-specific alternative to an all-purpose OS such as Windows.

Linux is small, customizable, extremely Internet compatible, and in most cases is available for free. Among Internets/intranets and ISPs, Linux will continue to grow, especially in corporate America; we'll see a continued adoption. There will be new growth in the areas of ecommerce and business-to-business Internet electronic data interchange (EDI). It will start showing up in all sorts of Internet appliances, including wearable computers, video-conferencing systems, etc. We'll see more and more people use a 64-bit Linux on the IA-64 (Merced). Linux will continue to move into the data center via high-availability clusters and 16- to 32-way SMP systems. Other spiffy features like I2O, hot swap, serial-based server management and control, will find adequate support in the days ahead.

Today, we are on the threshold of a new dawn that would foresee a paradigm shift in terms of new adaptive technologies and innovative practices of desktop operating systems. According to IDC Analyst Dan Kusnetzky, information appliances, which can be defined as portable and/or basic computing and Internet access devices, will outnumber PCs a decade ago. Because these devices will have limited memory space and cost only a few hundred dollars, developers need an alternative to bloated, expensive OSes such as Windows. Linux is small, customizable, extremely Internet compatible and free. For these reasons, more and more software manufacturers have developed versions of Linux that will run on cell phones, Palm devices and even cars.

So, although some of us probably may be using Windows- and Mac-based computers well into the 21st century, our cell phones, PDAs and Net appliances may soon be wearing a Linux interface.