The Turing Test for Retention 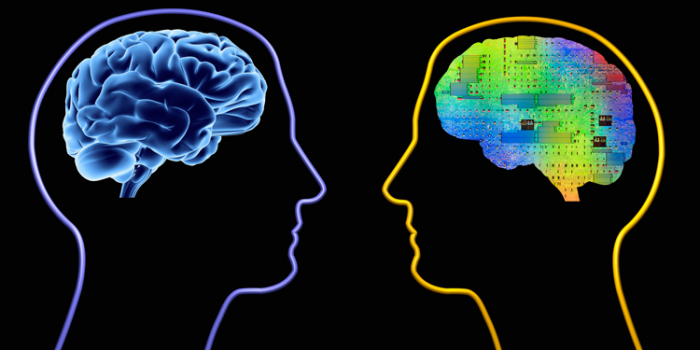 Bots are the new way of life for companies. In the very near future, will it be cheaper to hire interns to learn from the bottom of an organization or to release a swarm of bots to automate?

In a recent study, many CEOs believe technology will make people 'largely irrelevant'.

So if that's the case and bots begin to control all entry level positions, how will inexperienced or fresh graduates ever break through the digital automated ceiling to learn the ropes? Or worse yet, even be given the chance to contribute?

Some technology visionaries say there is no hope and that we should start to consider a universal basic income as suggested by Obama and Elon Musk. Basically, this comes across as humans putting up the white flag and surrendering to our robotic overlords.

But within this decade, as we begin to see the end of offshoring to be replaced with bot-shoring as a cheaper substitute, what jobs are on the immediate chopping block?

As I wrote in a previous piece, business process outsourcing and human call centers will be first to go extinct within the next three years. Executive and employee headhunting will follow immediately after – for two reasons: 1) the lower need for employees as bots will take over mid-range jobs and 2) the ease of deep learning to learn the complexities of matchmaking jobs to people without the need of a human and without the need for a monetary reward or bonus.

Others to follow will be those that control public transportation, including cabs, over-the-road, long-haul transportation of goods, air travel (already done to some degree today), executive administrators, and last but not least – fast food.

As human beings, we are wired to work. It's what gives us meaning and purpose. So if bots begin to whittle away at our opportunities for employment, how do we stay relevant?

I think it's important to create a Turing Test for Retention.

The normal Turing Test is a test where a human being cannot determine if answers to a question are given by another human being or from artificial intelligence.

However, a Turing Test for Retention is a test for intelligence that pits man versus machine where it bodes for creativity and sui generis communication.

For example, I was making a connection in Atlanta Hartsfield-Jackson International Airport. I went up to the ticket counter after getting a printout of my ticket from a kiosk and handed my baggage to a steward at the counter.

It could have been a normal hello, goodbye encounter. But instead, after the steward took my luggage he looked me straight in the face and said, "A-B-C."

"A-B-C." he repeated and smiled broadly.

"Always be closing." He finally explained, and then I realized he was quoting Alec Baldwin in the famous scene from the movie "Glengarry Glen Ross."

Maybe he was stereotyping me because I was in my suit and tie, but I have to admit I was deep in thought on a deal that was stuck in our sales pipeline.

I laughed out loud and reached out my hand to shake his. He had passed my Turing Test for Retention. His communication was unique, engaging and just what I needed – and I do not believe a bot could have offered such advice.

As humans, our biggest vulnerability is monotony. When we work a job that is repetitive, boring and soulless, we can easily be replaced.

A bot’s greatest weakness is that it's only as smart as the sum of its parts.

Currently, bots are at the mercy of subscription services in the cloud and usually linked to an online registered credit card or corporate account. Bots’ ultimate vulnerability is not of them becoming sentient and trying to take over the world, but instead – fraud and denial of service attacks.

Cloud allows for hundreds up to thousands of virtualized CPUs and petabytes, exabytes, or even zettabytes of storage. What happens to a well-intentioned, well-trained bot when access to its resources are restricted? It should behave in a manner much like a human who has a brain injury – delayed, possibly flawed and with limited focus. And if your business is totally reliant on bots – this could destroy your customer-facing experience unless you own your own infrastructure.

Other impediments of bots include slow internet bandwidth and world wide web hegemony where answers to questions are restricted by censorship or security firewalls.

Be forewarned that just like humans told not to look there, or read that, or do this, we do anyway. Think Adam and Eve in the Garden of Eden.

I have been inside several offices of some of the largest system integrators in the world where they restrict use of Facebook and YouTube inside their organization and watched as employees flail around trying to find answers to simple questions because they can't seem to go online. Or worse yet, they simply want to be fed creatively while their mind is working on day-to-day activities.

Funny that corporations want innovative employees while treating them like robots (irony). But these restrictions stop nothing. Normally, these employees simply use their mobile phones or tether laptops to their phone’s Wifi to connect.

In the future when bots are restricted from specific information, will they not just find a workaround? Or if we as humans try to prevent them from taking our jobs or hide them on USB drives or delete them from the cloud - won't they just find their way back in?

As Jeff Goldblum so spectacularly said in the first Jurassic Park movie, "Life finds a way."

The Turing Test for Retention is for us as humans to be funnier, more creative, always breaking down barriers and always seeking to be open minded.

So bots are not our new gods. They will simply make us sharper.

As will.i.am said when accepting the T3 magazine's Tech Personality of the Year Award, "Did microwaves put freaking chefs out of business? NO."

Bots are the new way of life for everyone. Even if they begin to develop a life of their own.