Creativity Is So 2016 - Today It Is About Resonance 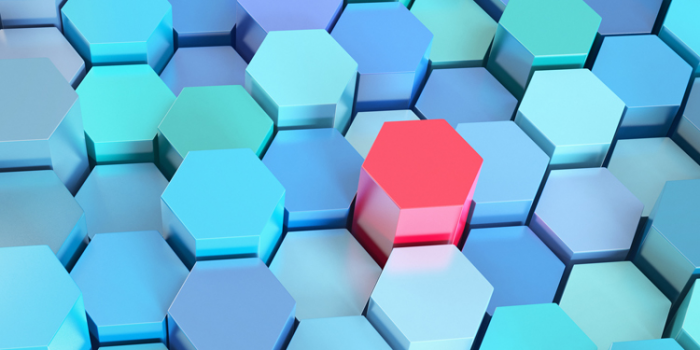 Creativity died, and it’s time to give it a fitting obituary.

The conference rooms of agencies and organizations throughout the marketing world have grown silent as our go-to approach to reach our intended target – creativity – is no longer the singular guiding post. Don Draper himself would be horrified to learn he would no longer have the ability to develop an imaginative new idea in a vacuum and force it upon millions who had little recourse other than to patiently wait for the next 30-second ad or flip the page.

In the words of TI and Justin Timberlake, that era is officially “dead and gone.”

Today CMO’s are not rewarding creativity as much as they are rewarding impact on their target’s behavior. This should come as little surprise given the stream of surveys and research from organizations ranging from Accenture to Gartner that talk about revenue generation primarily falling on the CMO.

Many have been whispering about the health and role of our old friend creativity back to the late-90s when Taco Bell actually saw its sales decline while it’s iconic “Yo Quiero Taco Bell” dog became a cultural moment. No doubt some of today’s marketers would have Facebook Live and Snapchat Stories planned around Gidget (bet you didn’t know that was the name of the Taco Bell Chihuahua) in an attempt to “go viral.” And yet it would be for nothing as today’s CMO would politely ask what that would do to generate sales while the others in the room would stumble over it being an awareness play.

Creativity has been replaced by “resonance”

"Resonance" is a word I believe you’ll be hearing a lot more about moving forward. The Merriam-Webster definition of resonate states, “to have particular meaning or importance for someone.” It’s that individualist notion that creativity often ignores.

To be fair, historically creativity never had the tremendous aterray of data available to really understand what would have meaning to their target. The smallest marketing department today can make use of a tremendous array of free tools such as Google Trends, What’s Trending on Twitter and InfoScout to understand what’s really on their target’s mind. Barriers, opportunities, cultural trends and emerging competitors are all there and updated by the minute in many cases. Each organic search or app download is a signal straight to a marketer’s ears – provided they are listening.

Resonance is something I’m especially interested in because it elevates the goal of engagement to a more meaningful level beyond liking or sharing something. When a campaign or individual content unit resonates with someone it causes them to take some type of action and affects their behavior in directly measureable results.

A broadcast segment about the latest tech gadget should have someone searching for more information from their smartphone. A personalized, relevant email should lead the recipient to click a link. A paid search ad that directly addresses the searcher’s interests should lead them to click.

Even better is that those signals can happen in near real-time with the nearly infinite amount of tracking technologies available. Want to know if your latest media integration with a leading online influencer is resonating? Check your Google Analytics to see not only how many visitors have come in the last 24 hours, but also what percentage were new to the site, their engagement and how much they purchased.

Don’t like the results? Change the message, the landing page or even the influencer with a few clicks of the mouse and keyboard.

Packaged together you have resonance and a worthy successor to our friend creativity as the aspirational goal for marketers everywhere.