Immersive Advertising in Every Direction 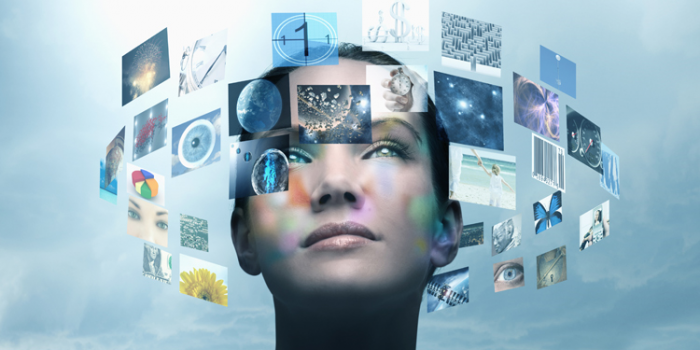 In May of this year, BMW launched its 360° immersive advertising content for the launch of its M2 vehicle line and commands the audience to keep their eyes on Gigi Hadid, model and wannabe standup comedian. Notice that if you do not keep your eyes on Gigi that all you see is empty road and faraway mountains.

Virtual reality and immersion should not be used like this as if it's a traditional storytelling device on steroids.

Virtual reality and immersion is about freedom to engage – in any direction - to get a new viewpoint of a non-linear narrative or as what I call it – grid-based storytelling. You should never tell the audience where to go in order for them not to miss something. You want consumers to repeat, repeat and repeat their 360° and virtual reality experience – in order to get a fresh angle of a marketing message.

With immersion, perspective is the key.

If used correctly immersive commercials should give a dimensional perspective – four perspectives to be exact: left, right, backwards and forwards. There are two more optionals: up and down.

Moreover, immersion offers a dimensional perspective on the consumers themselves.

You learn more than what keeps a consumer attentive beyond the skip button in a pre-roll advertisement to actually discovering what grabbed their attention in the first place. This subtle difference could reveal idiosyncratic rhythms of consumers that can be used in the physical realm.

This information can be translated into the physical space and can be invaluable if a physical store is trying to lure footfalls for a particular demographic using the science derived from immersion.

The future of ad-tech will go beyond counting those who refrain from hitting the skip button because of relevance to actually dissecting the psychology and physical behaviors of a consumer while engaging with a message. Delineating those who just dip their toe into the immersive experience to those who become "content loopers".

Stealing a concept from the movie by Rian Johnson "Looper", a content looper is about consumers repeating over and over to experience the same moment again but from multiple viewpoints.

Explained in another way, a content looper is a consumer who enters into an immersive ad and loops again and again within the environment to get different experiences and messages. Maybe the first time they experience the ad they look up and the next time – they look down and so on and so on.

But content looping only works if as an advertiser has placed multiple messages embedded within the same advertisement. Further stated, 360° and virtual reality should not be afflicted by wasted space. When shooting an immersive ad – you cannot allow for a blank horizon or an empty wall to be one of the four dimensional perspectives. 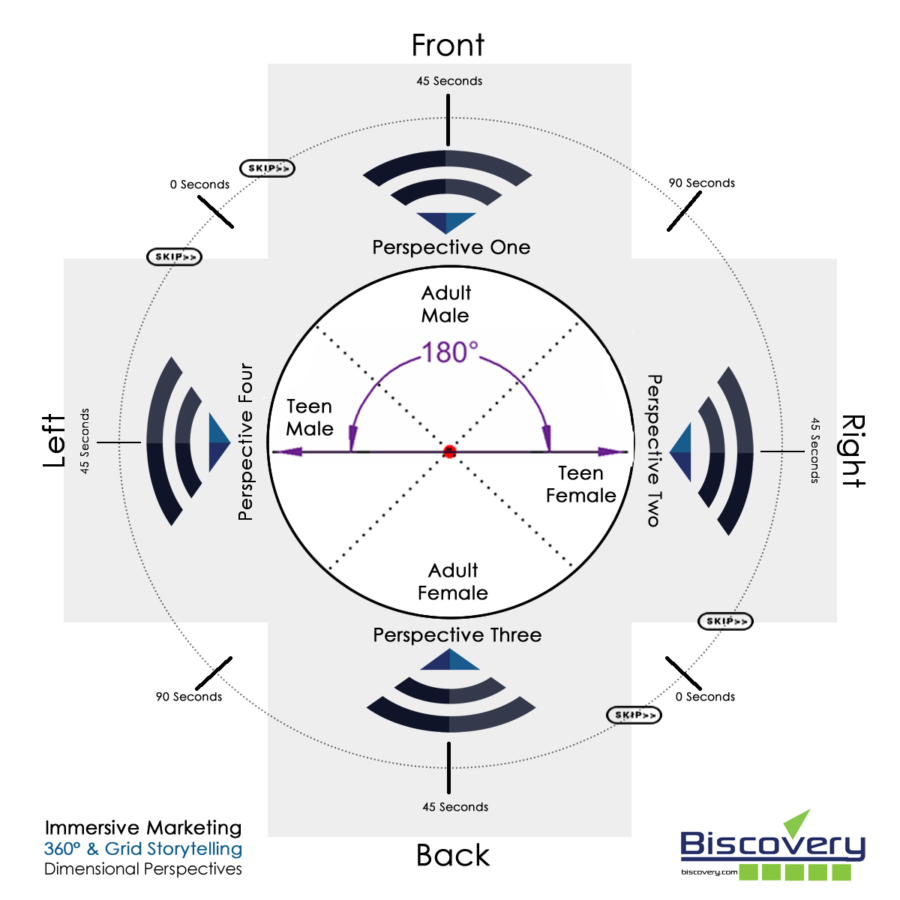 A common question becomes: won't having four messages being directed at you at the same time create a lot of noise and confusion? No, the technology can handle this.

Immersion not only allows focus in any direction – visually – you can also put focus in any directionally – audibly. If you are facing forward, all other directional messages can be muted or turned to background noise. As your head pivots and eyes dart, the next perspective message begins to brighten and the one you are leaving – dims. You can even change the starting dimensional perspective based on cookies in a web browser so everyone has their own unique starting place within an immersive ad.

So one ad, four dimensional messages, and each with its own initial starting point that can be preset by race, sex, geographic region, etc.

And the best part? Cost.

Soon 360° and virtual reality will be seen more like a theatre production such as "Les Miserables" or "Cirque Du Soleil" where either the audience surrounds the stage or the stage revolves – it becomes a single shoot with multiple practice takes that is highly orchestrated and sophisticatedly synchronized. The pre-production becomes the tricky part. However, once all the moving parts and players are harmonized, after two or three takes, the shoot is completed.

Currently 360° and virtual reality is seen as a gimmick. A camera placed in front of the action and behind the focal point is wasted space.

The future of advertisement will be like going to an amusement park. Ad-tech is becoming more than entertainment but an experience from all sides. Once the experience is had, the data science gathered will not just be IP addresses, mouse clicks and keystrokes – it will be of emotion, gestures and most importantly, do you as a consumer jump back in line to ride the advertisement rollercoaster one more time.