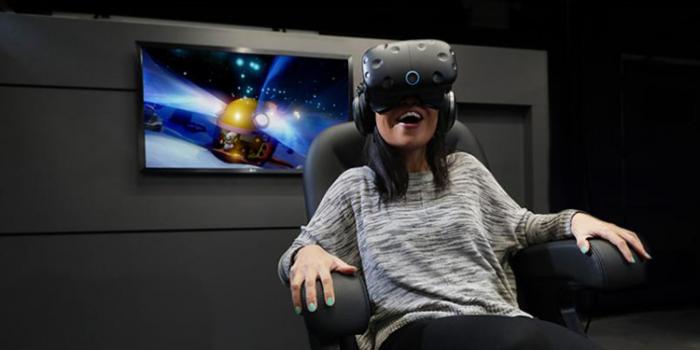 This week it was announced Sears will be closing all its mall locations in Asheville, North Carolina. Sears has been the cornerstone of the American mall experience since the 1960s and 1970s. But if you have been to a mall lately, you will notice shopping malls have become a barren wasteland of mobile phone repair stores, manicure and pedicure salons, and gag gift shops from hell with the likes of Spencer’s or Hot Topic.

In the United States, in the mid-1990s, malls were still being constructed at a rate of 140 a year.

And in 2007, a year before the Great Recession, not one mall was built within the United States.

A lot has happened since the pinnacle of the quintessential mall experience and you can see it in the YouTube video documenting the heyday to the dilapidation of the Owings Mills Mall in Maryland.

Online retailers such as Amazon and eBay are not solely responsible for the destruction of the mall culture that made up the 1980s and 1990s in the United States, but its decay was first hastened by the rise of hypermarkets such as Target and Walmart.

Today, in the United States malls have become haunted shells of their former selves. The trend carries over to Asia. It's so bad that in Bangkok, Thailand a mall has become an aquarium for Koi fish.

Malls are not the only places dying. Movie theaters have seen a significant drop off of in attendance since the rise of streaming with services such as Hulu and Netflix. The film industry is scared.

But what if the two dying cathedrals of Americana – malls and movie theaters – could be reborn into one?

And what if the very technology which is being used to kill them both could be its savior?

Now reach out in front of you and don your virtual reality headset.

Of course, there has been some popular immersive content pieces such as Dreamscape’s: "Alien Zoo" and The Void's: "Star Wars – Secrets of the Empire" which have been lucrative.

But an amazing trend has developed for both of these successes: the abbreviation is LBVR (Location Based Virtual Reality) – physical places for immersive experiences. The Out-Of-Home entertainment sector is exploding.

People trend towards experiences with virtual reality outside their homes or with others. Immersive storytelling is steering away from voyeur experiences and instead creating intimacy between the story and the person experiencing it.

If Steven Spielberg and Hollywood’s biggest players including 21st Century Fox, Warner Bros, Nickelodeon and AMC Entertainment get their way, they hope to open up Dreamscape VR Centers in the lobbies of AMC cinema complexes around the world.

IMAX is also getting into immersive storytelling by opening up IMAX VR Experience Centers across the United States, Britain, Middle East, Japan and China.

So the future of storytelling could find it's rebirth in the closed-down Pearls Centre in Singapore.

Imagine a re-opened mall where each store front is now a new film to be experienced. Or what if future binge watching is a return to 1985 and spending all day at the mall. The food court returns to being the crux of teenage courtship and getting your snack food energy boost between a virtual film marathon.

In the book "Brave New World", the feelies are movies that are experienced not only through sight and sound but also through touch.

"'Well, that was grand!' he said to himself when it was all over. 'Really grand!' He mopped his face.
When they had put in the feely effects at the studio, it would be a wonderful film."
— Aldous Huxley, "Brave New World"

So maybe a new brave new mall would mean the next decade of technology achieves what the decades before couldn't – attract people to physical a place to have a shared experience together.

And it just happens to be where Sears used to be.