Dating Is the New Sporting Event 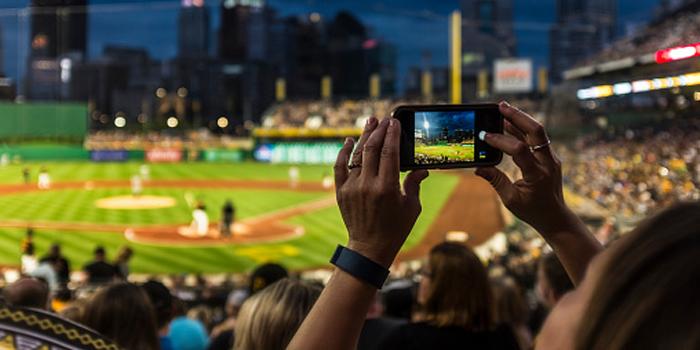 (This is Part 3 of a Sports Analytics series. Read Part 1 and Part 2.)

"Save a boyfriend for a rainy day  –
and another, in case it doesn’t rain."
— Mae West

Major League Baseball has been fighting dwindling attendance for years. Recently, of the league’s 30 teams, 18 are experiencing an attendance drop. And this is after a 2018 season in which attendance was down more than three million fans, an average of 1,237 per game.

Some say it’s because the game has become boring.

In a world of technology and social media, a game that lasts three hours with nine innings, three strikes and you’re out if the pitching is good, is no longer compelling or attention-grabbing.

However, it’s not the only sport that’s fighting an image problem.

National Football League is being perceived as becoming too political. Last year, 103.4 million people watched the big game, the smallest audience since 2009. Some owe this fact to the politics of both the players and team owners.

National Basketball Association players believe the referees are ruining the game. Players are 29.3% in agreement that referee inconsistency in playing calls are disrupting the outcome of games.

The Women’s National Basketball League is having its own issues as female players are battling for the same pay for the same play as their male counterparts.

The brightest spot in sports is happening with the USA Women’s Football team after their winning streak during the World Cup in France.

Fans of the USA Woman’s Football team sold out every stadium they played in France during the World Cup. Nike sold out of USA Women’s Soccer Team jerseys for all sizes and sexes but first selling out for men.

In contrast, the USA Men’s Team barely had an attendance of 26,233 in the match between US-Curaçao and tickets for the double-header game were just $30.

Is there one magical, unicorn solution that could help all the woes of all the major sports teams?

Yes. And it indeed is magical.

By partnering with dating apps, sporting events may become the hottest place, pick-up spot, and go-to date night for 20, 30, 40, and 50-somethings.

This new trend is a mix of analytics and psychology entitled social seating.

The analytics for social seating is very different than most data sciences. It requires a new applied method called: trans-analytics pioneered by Qualex Consulting Services.

It’s similar to the way first dates happen: One person offers information about themselves to coax out information from the other. This information intermixing together creates a bond or repels (like a magnet behaves) data into a new direction.

Trans-analytics’ superpower is that it is centered on data transparency as opposed to traditional analytics being a black box of algorithms that no one is privy to seeing how the gears work.

Trans-analytics uses a Huckleberry Finn way of perfecting a model:

Trans-analytics performs basic analytics on patrons, data volunteered participants and progressively gets more and more complicated and complex by showing back to them the analytics you have done on them.

Think of it as an algorithm mirror that they can correct in real-time. Or opt-out immediately if they are not happy with what it’s showing them. But the tweaking of the algorithm or the model pays dividends back to the person who is volunteering by allowing them to tighten focus on a particular outcome.

So basically it’s what Huck Finn did when he was punished to paint a fence – he got his friends to pay him to do it because he said it was fun to do. In the end, Huck Finn brought together a group of similar type of people for a specific event.

Social seating is not just locked to dating and hooking up. It’s been used on airlines to put mothers with babies in particular sections of the cabin. It’s been used for social networking events to have the same types of businesswomen and men with backgrounds in particular industries to be seated around one another.

The difference with social seating in regard to using dating apps is the ability to link ticket sales, retail purchases, and food and beverage purchases on the premise of sports properties to specific demographics. However, it wouldn’t be in a creepy, stalker way.

Singles would be volunteering information and tweaking analytical flowcharts to find:

Social seating is the algorithmic cousin of a flash mob.

It brings like-minded people to find each other and experience a once and lifetime event.

Imagine coming to a game knowing that your future date or future spouse will be in the designated social seating stadium seats in front of you or behind you. Or better yet beside you. Seat reservations based on specific factors that you want in a dating partner: drinks socially, loves hip hop but hates Star Trek.

And a rain delay becomes a rainbow.