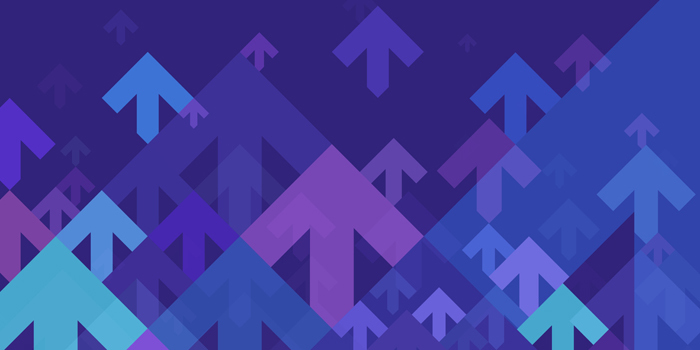 High-growth technology companies have been hit the hardest by recent market shifts; however, 77% of companies are expected to either increase their technology budgets in 2023 or keep it the same, according to new research from consultancy Bain & Company. Bain's third annual global Technology Report shows that despite the current economic climate, technology will remain a critical investment and as a central source of productivity across businesses.

"Value is largely determined by innovation and revenue growth, and today the technology sector has been hit hard," said David Crawford, leader of Bain & Company's Global Technology practice. "Still, CIOs and CTOs are increasing their technology spending. Increasingly business leaders view technology as an investment in driving productivity, speed, and competitiveness even in difficult budget environments."

As companies consider ways to leverage new technologies, they do so within the context of unprecedented geopolitical, macroeconomic, and innovation trends. Some of the themes explored in this latest report include but are not limited to:

The separation of the world's two largest economies is growing faster, wider, and deeper than predicted. As the U.S. heightens its regulatory oversight of Chinese companies, China has since committed $1.4 trillion over five years to build strategic technologies and digital infrastructure domestically. This comes as the Chinese Internet moves further away from the global web and toward its local version.

Meanwhile, half of the CIOs and CTOs surveyed in June said that China's zero-Covid policy has affected their business, and at least a dozen major U.S. technology companies have blamed the lockdown of Shanghai for missing quarterly revenue and earnings estimates.

"Untangling these markets is complex, and even with this year's acceleration, will take time," said Anne Hoecker, partner at Bain & Company and head of the firm's Americas Technology practice. "Companies must consider what investments they need to balance potential short-term shocks."

As U.S.-China trade restrictions remain in place, the CHIPS for America Act, which establishes investments and incentives to support U.S. semiconductor manufacturing, independent R&D and the supply chain has since taken effect, though, China's Semiconductor Manufacturing International Corp. is on the U.S. Commerce Department's entity list limiting the company's access to key U.S. technologies.

When will the chip shortage end?

When will my company get relief? That's what many technology executives are asking themselves as the global chip shortage continues. According to Bain's analysis, while some companies are starting to see relief this year, others may have to wait until 2024 or later before they start to recover. But even with recent investments and signs of improvement, that recovery period is expected to be uneven and is dependent on several wild cards that are out of executives' control. These include things like chip demand pull-back, shortages of extreme ultraviolet (EUV) lithography equipment (a bottleneck machinery needed by chip makers), and the current status of geopolitical frictions. Because of these limitations, Bain encourages tech companies to design products for flexible resilience and assess risks regularly:

"Leading companies proactively and continuously assess risks across their entire supply chain," said Hoecker. "It is important to refine products to increase resilience, ideally beginning early in product development and before a supply disruption hits."

Web3 and multiverse could rewrite the rules of user identity

Technology and telecommunications architectures continue to evolve as we accelerate into the data-centric era. A major new wave of content creation, technology, and innovation will be unleashed around the metaverses and web3 technologies. Beyond the extraordinary investments already made by Microsoft, Meta, Google, Apple, and Tencent, the ecosystem already boasts thousands of companies and more than $80 billion of startup funding from venture capital, hedge funds, private equity, and other investors.

Web3 and metaverse innovation intensifies battlegrounds in gaming, physics engines, digital twinning, and simulations; parallel compute hardware and enterprise uses for training, collaboration, and productivity. One of the emerging battlegrounds that will define future profit pools in web3 is the concept of identity. Identity is central to what many see as web3's greatest opportunity: the chance to democratize the online experience, enable users to reclaim control of their data, and open the door to mass customization. This approach will have important implications for other technologies, such as artificial intelligence (AI) and machine learning, that will be needed to manage the proliferation and complexity of data required to serve and track customers. Not to mention, investment in AI is growing rapidly, and nearly all technology providers say it's becoming critical for gaining market share and building customer loyalty. Web3 can no longer be ignored.

Incumbents vs. disrupters: The best defense is offense

Traditional enterprise software companies face intensifying competition, but they can regain their edge with a plan to fearlessly disrupt themselves. More than 90 tech companies were recently surveyed by Bain, and nearly half of them said they lack a strong ability to identify disrupters in their core markets; nearly half also said they see disruptive threats to their company's market share position as mild or not critical at all, and only 5% saw such threats as severe.

Despite disruptive trends, more than 75% of the largest venture capital investments in recent years went to IT infrastructure and industry-focused enterprise software companies, illustrating the potential for innovation. Bain is reminding companies that the most successful organizations reject the legacy mindset, effectively monitor emerging business threats, invest in a clear R&D and M&A strategy, and fearlessly disrupt themselves.

Disruption is in the technology sector's DNA

While many factors are at play, it's important to remember that disruption is the technology sector's DNA, and while such factors can be challenging, they can often bring new opportunities and advances.

Other topics discussed in this year's global Technology Report by Bain include growth equity, the multi-cloud technology war, IoT, the next frontier of artificial intelligence, among more.