How Companies Can Break Through the Digital Ceiling 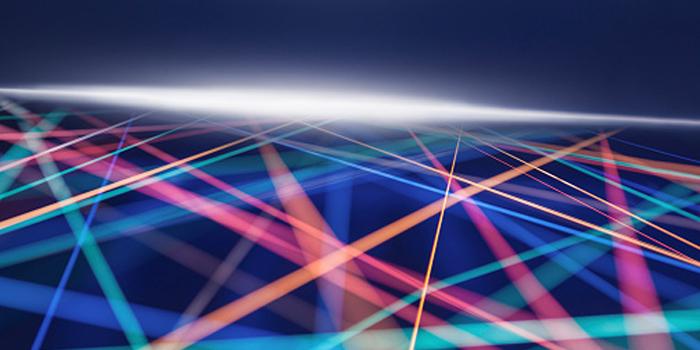 "When digital transformation is done right, it's like a
caterpillar turning into a butterfly, but when done wrong,
all you have is a really fast caterpillar."

Businesses globally face a "digital ceiling" when it comes to digital transformation, according to new research from Infosys Knowledge Institute (IKI), the thought leadership and research arm of Infosys. Businesses must change their mindsets to achieve sophisticated levels of digital maturity.

Infosys Digital Radar 2020 assessed the digital transformation efforts of companies on a Digital Maturity Index and found year-over-year progress in basic areas, such as digital initiatives to improve a company's efficiency. However, most companies come up against a digital ceiling when trying to achieve the most advanced levels of maturity.

The report, which surveyed over 1,000 executives globally, ranked the most digitally advanced companies as "Visionaries", followed by "Explorers", and then "Watchers."

Companies know how to achieve moderate transformation success, with an 18% increase in companies progressing this year from the lowest tier of Watchers to the middle Explorer tier. However, Explorers struggled to move into the top Visionary cluster, with the top tier remaining the same, indicating a digital ceiling to transformation efforts.

The Visionary cluster remains unchanged despite companies reporting fewer barriers to digital transformation than last year. Human, rather than technological, barriers are now the most persistent, with the two of the top hurdles being the lack of talent or skills (34%) and a risk-averse corporate culture (35%).

How to break through the digital ceiling?

Top performers break through the digital ceiling because they think differently.

Most companies (68%) across the spectrum stated operational efficiency and increased productivity as a main transformation objective. But successful companies in the Visionary cluster are particularly motivated to make improvements for their employees. Nearly half of Visionaries describe "empowering employees" as a major business objective for transformation, compared with less than one third of Explorers and less than one fifth of Watchers.

Likewise, Visionaries have an increased focus on customer-centered initiatives, being significantly more likely than other clusters to undertake transformation to improve customer experiences and engagement and in order to respond more quickly to customer needs.

Secondly, successful companies have a different mindset when it comes to transformation processes.

Traditional linear transformations result in long transformation timelines, meaning a company's improvements are out of date by the time the process is complete. Instead, top performers demonstrate a cyclical mindset, implementing recurring rapid feedback loops to accelerate transformation and keep updates relevant.

The Visionary cluster is far ahead of others in digital initiatives tied to quick cycles: 75% operate at scale in Agile and DevOps, compared with an overall average of 34% for the entire survey group.

The importance of culture and a cyclical transformation mindset to breaking through the digital ceiling were underestimated by businesses last year.

Companies were asked to predict the biggest barriers to their transformation progress for the following year. This year's report compares these predictions to the actual challenges businesses faced in 2019.

Businesses reported dramatic declines in the impact that technological barriers have on their transformation progress, including:

However, businesses made much less progress against cultural barriers, including lack of change management capabilities (down 7%) and lack of talent (down 6%).

Progress across industries and geographies

The technology and telecom industries continue to rank highest on the Digital Maturity Index this year.

Consumer packaged goods, logistics, and healthcare achieved strong year-on-year improvements. The report's anecdotes from executive interviews suggest that the adoption of telematics, the Internet of Things, and smart medical devices contributed to these increases. Likewise, the automotive industry placed fourth by digital maturity and featured the second highest percentage of Visionaries (30% of those surveyed).

The insurance industry lags significantly behind other sectors, featuring the highest percentage of Watchers (17%).

The digital ceiling was most dramatic in China, where 23% of companies moved from Watcher to Explorer (which rose from 64% to 87%), but the percentage in the Visionary category (8%) remained the same.