Is the Old Barter System the New Apocalypse for Advertisers? 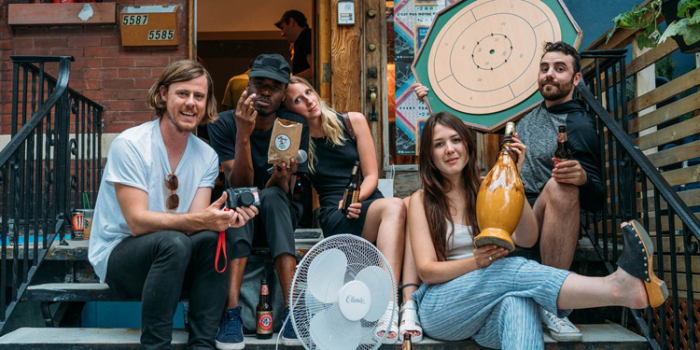 Bunz Trading Zone reveals an interesting demographic trait: that the Gen Z is more interested in community and experiences than cash flow.

Emily Bitze is the founder, but it wasn't her intention. She was tired of just adding water. Emily was simply hungry and broke. She was having financial difficulties and wanted to eat something other than instant noodles.

Bunz was born, and she is now known as Mother Bun.

Bunz started as a private Facebook group in Toronto and has grown into an internationally available web- and app-based platform that is expanding globally at a rapid pace.

Does this spell certain doom for advertisers and the entertainment companies that keep the lights on by those very advertisers? Uncertain.

If not, how do advertisers sell to Gen Z when Gen Z is more interested in swapping than buying brand new? Some say it's because of the proliferation of dating apps that allows teenagers and twenty-somethings to meet and change partners quickly rather than build deeper relationships.

Bartering is the new intimacy for Gen Z.

In contrast, Gen X and Baby Boomers grew up spending one-on-one time with partners and potential partners to go deeper on the phone or at cafes so that they focus on saving and building up cash flow to take care of those they have dedicated their lives to.

Participation is how Gen Z seeks out a deeper sense of community.

If you do not believe it, just note the main rule of Bunz: no money can be involved.

What's more, Bunz shuns advertising and media interpretation of its success. It prides itself in viral marketing between barterers and raw word of mouth.

What's remarkable is that although it is seen as incredibly successful, especially after its iOS and Android apps recently launched, Bunz has not been approached by sponsors and advertisers.

And why should they?

When companies are based on quarterly profits, how could a swapping and community sharing-based app help an advertiser or sponsors bottom line? They can't.

If this is a new trend for the future of eCommerce, traditional ad-based marketing campaigns and total recall around brands could be doomed. Those online companies such as Google, Facebook and YouTube who make record profits from advertising by pushing product might be in for a fierce economic correction within the next five years.

Not to mention the Amazon and Alibaba online retail companies of the world, which make it one click to buy new, could be detrimentally affected when the Baby Boomers begin to die out and are replaced by Gen Z.

However, companies are hoping that bartering will burn out eventually as oversharing will return the need for something new. There is also the issue of hygiene as one of the most popular bartered items includes sex toys. Not to mention there is no built-in mechanism to get rid of con artists and swindlers.

So how does Bunz keep away scammers?

The only failure is that the scammer doesn't show up to swap goods. And so you keep what you had hoped to share, and now it's available for someone else. Moreover, the person who was left holding the bag (no pun intended) can share with the community via the Facebook page or the Android app or iOS app that beware – the person did not show up.

Could this spill over to the grocery market where if I have an oversupply of bananas I could use this to buy bags of coffee? Of course. This is the barter system that has existed for centuries.

In fact, Bunz originated because Mother Bun, Emily Bitze, didn't have the ingredients to make the pasta dinner she wanted.

So Bunz is an online community that is thriving via an anti-establishment, post-eCommerce mantra: a rebellious spirit to trade things out of necessity.

So the future of eCommerce is if you have three boxes of instant noodles, and I have two beta fish – we can trade. No marketing campaign. No advertising required. No money needed.