Using AI to Detect Strokes and Other Medical Conditions 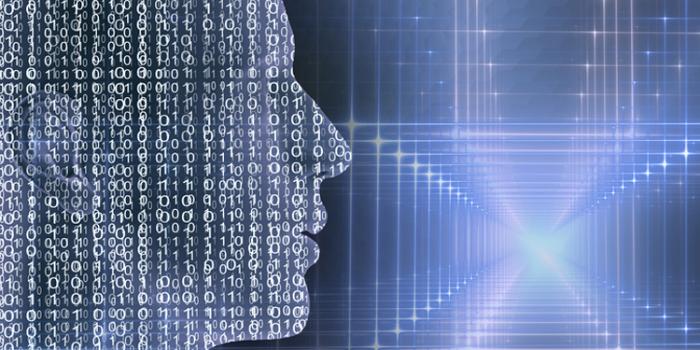 American writer, futurist, and businessman Alvin Toffler observed major technological innovations – including television, the birth control pill, and travel by jet aircraft – and the cresting of the transformative wave from an industrial to a post-industrial society in which brain work was dominant over physical labor. Looking forward, Toffler saw more and more rapid innovation and greater social dislocation. In response, Toffler suggested that we need to develop a more “anticipatory democracy” as a cure.

AI comes to the rescue

With that in mind, it’s important to note the massive potential advantages that artificial intelligence presents. A modern example would be where AI is being used for stroke and cancer treatment, making recommendations based on medical records.

According to Bernard Marr, in his recent Forbes article “The Amazing Ways Infervision Uses AI To Detect Strokes”:

“It is hoped that the [Infervision] technology will soon go into widespread use and save lives by allowing doctors to more quickly and accurately diagnose strokes and assess the damage they have caused. It is the second medical technology based around machine learning which Infervision has reported success with – I previously mentioned their platform which detects early signs of lung cancer in X-ray and CT scans. Over 100,000 annotated medical image scans were used to train the algorithms, which given more live data will become increasingly efficient at diagnosing the two main types of stroke, hemorrhagic and ischemic," wrote Marr.

“Infervision founder and CEO Chen Kuan told me that ‘X-ray is a very old type of medical check-up – in China, for example, no one had mentioned chest X-ray in academic conferences for more than 15 years. Until very recently with the arrival of AI. AI has helped radiologists discover problems they previously weren’t able to see. So we are very proud to see radiologists starting to discuss some very interesting and fantastic cases involving AI.’ It’s certainly a fantastic example of the ways new technology can unlock value from data which has been around for a long time.”

Marr continues, “One of the major problems it solves is how to measure the volume of blood lost in hemorrhagic (bleeding) strokes. When every second is critical following a stroke, doctors generally use a simple mathematical formula to “guesstimate” as best as possible how much blood is lost. Research shows the more accurately this volume is assessed, the more likelihood a patient has of recovery, due to how it affects treatment.”

AI is a computer system and a collective of advanced technologies that allow machines to sense, comprehend, and learn. Organizations across sectors are amplifying their reach and impact with the use of technology like AI, which is a mimic-human intelligence that is being accepted into various fields including medicine.

One of the most important areas of application is stroke medicine. According to the Centers for Disease Control and Prevention, stroke is the fifth leading cause of death in the U.S. and is a major cause of serious disability for adults. About 795,000 people in the U.S. have a stroke each year. The main reason is known as occlusion, which is caused because of lack of flow of blood to a portion of the brain is blocked.

AI is applied for improving the accuracy of diagnosis and the quality of patient care, and it is applied to decipher the data from stroke imaging. Modern researchers have created an AI system that scans routine medical data to predict which patients will have strokes or heart attacks within 10 years. The AI system is more accurate than doctors using standard techniques, but it faces regulatory hurdles. In the near future, similar therapeutic methods, including predicting the treatment for the stroke patients, will be carried out efficiently and provide the most effective treatment which brings valuable insights, implicit knowledge, and unique perspectives.

In a national survey by Pew Research Center, Americans expect that within 50 years robots and computers will “definitely” or “probably” do much of the work currently done by humans. These challenges require both immediate and future action.

Computing systems are already outperforming humans in many tasks that profoundly shape the fields of biotechnology, pharmaceuticals, bioinformatics, microbiology, radiology, robotics, and healthcare, as well as paving a way for future computer-aided software devices and machine learning.

While clear upsides and opportunities exist, there is a chasm between the state of technology and the state of clinical practice, with technology far outpacing the readiness of clinicians to adopt it.

There has also been a high level of public distrust in AI, particularly regarding job security and clinician concerns, which is being superimposed on medicine. Not to mention the possible, near-future reality of superintelligent machines. These machines are envisioned to be superior to human brains (even a collective of brains) in performance, scale, and speed.

All signs point to modern corporations and health organizations continuing to apply machine learning and deep learning techniques to their existing business models in the attempt to create new medical advances, business opportunities, and profit centers with the help of AI.