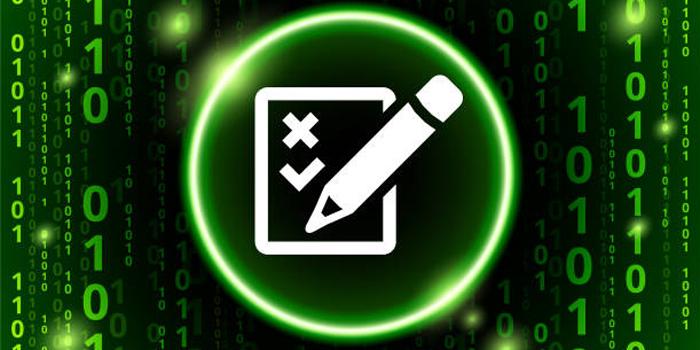 The inventor of the first neurocomputer, Dr. Robert Hecht-Nielsen, defines a neural network as –

"...a computing system made up of a number of simple, highly interconnected processing elements, which process information by their dynamic state response to external inputs.”

Artificial neural networks are one of the most important tools used in machine learning. They are brain-inspired systems which are designed for reproducibility and the repetition of a test or complete experiment that we learn. Neural networks help us cluster and classify.

Typically, a neural network is initially trained, or fed large amounts of data. They are excellent tools for finding patterns which are far too complex or numerous for a human programmer to extract and teach the machine to recognize.

Neural networks use several principles, including gradient-based training, fuzzy logic, genetic algorithms, and Bayesian methods. They can also be described by the number of hidden nodes the model has or in terms of how many inputs and outputs each node has.

Even more crucial are an AI’s inferences – the things you don’t know that it knows about you. For instance, take the case of machine learning and the missing field analysis. We learn from matchmaking analysis of a leading portal dealing in the right matrimonial matches by determining what we know about a person and trying to create a mental frame and a picture of the person. By co-relating the missing fields, it enables us to get better outcomes. However, it will also have repercussions and will have the risk of negative outcomes and may eventually witness the users quitting and leaving if things go wrong.

In his article, “The tough black box choices with algorithmic transparency in India,” Aditya Talwai of describes that:

"MIT Technology Review called this reliance on alchemy over understanding AI’s 'dark secret.' Take, for example, the deep neural net – a machine learning method which produces some of the most uncannily accurate automated decisions. Labeled data is fed into a deep neural net and passed through layers and layers of computation before an output is reported. If the output doesn’t match the expected label, the neural net is instructed to work backwards and tweak its parameters. Eventually, the system will tune itself to arrive at the desired output – say, identifying a dog as a dog. It is an arcane combination of functions and weights, but it is incredibly good at identifying other pictures of dogs...

To be sure, not all automated decision-making systems are as hard to interpret as deep neural nets. Less sophisticated rule-based models, like decision trees, can in fact yield legible explanations for their decisions, but whether companies will part with this information willingly is another story. Leaving aside concerns of manipulation and ‘gaming’, the heuristics baked into a company’s automated decision-making form a core part of their intellectual property. Even more crucial are an AI’s inferences – the things you don’t know that it knows about you."

Handwriting Recognition – An important tool for handheld devices like Palm Pilot and for recognizing the handwritten characters by neural networks.

Traveling Salesman Problem – Can be solved by neural networks; however, there remains a limitation, and it is by certain degree of approximation only.

Image Compression – Massive amounts of images are received and processed at the same time by neural networks, allowing more sites to take advantage of image compression.

Stock Exchange Prediction – Perhaps the most important and critical application. Many factors determine how stocks will behave whether they go up or down on any given day. Neural networks can utilize the information and predict the outcome of any stock on an assigned day.

Toward a working class AI

In an excerpt from his article, “You're Using Neural Networks Every Day Online – Here's How They Work,” Jamie Condliffe reports the following:

"...If neural networks are developing so rapidly, is the sky the limit? 'You can certainly expect to see major improvements in image and speech recognition in the coming years,' says Professor Charles Cadieu, a Research Affiliate at MIT, pointing out that these modern neural networks have only really been around for a couple of years anyway.

As for language processing, it’s less clear that neural networks will be able to deal with the problems so well. While image and speech recognition definitely work in the layered way that modern neural networks do, there’s less neuroscientific evidence to suggest that language is processed in the same way, according to Cadieu. That may mean that artificial language processing will soon run into conceptual barriers.

One thing is clear, though: these kinds of artificial intelligences are already lending a huge helping hand to humans. In the past, you had to sift through your photographs to compile an album from your latest vacation or to find that pic of your buddy Bob drinking a beer. But today, neural network software can do that for you. Google Photos prepares albums automatically, and its smart search function will find images with alarming accuracy.

And this kind of consumer-focused software is a mere gimmick compared to the feats that neural networks could one day perform for us.

It’s not hard to imagine image-processing algorithms gaining enough intelligence to vet medical images for tumors, with doctors merely checking their result. Voice recognition systems could become so advanced that telemarketing campaigns will be run by software alone. Language processing networks will allow news stories to be written by machine.

In fact, all these things are already happening to some extent. The changes are profound enough that researchers at the University of Oxford estimate that up to a half of jobs, including the one possessed by yours truly, will be lost to AI systems powered by neural networks in coming years.

But shifts in economies and employment have been driven by technology many times before, from the printing press and motor car, to computers and the internet. Though social upheaval will arise, so too will benefits. Ultimately, neural networks will give everyone access to intelligence that currently lies in the hands of a few. And that will lead to smarter systems, better services, and more time to solve the human problems that computers will never be able to fix."

The growth and rapid expansion of the internet is largely responsible for the massive amounts of data being generated and distributed through the internet. We are using neural nets and ML through facial recognition, image processing and searching, real-time language translation, medicine, healthcare, weather – to name just a few.

Whatever the future of machine learning and AI is, it will depend to a great extent on advances in cognitive sciences. The more personal data these algorithms are fed, the better they understand a user’s profile, enabling the ability to spot potential anomalies earlier on.

Neural networks, which are pivotal and crucial, use a network of nodes (which act like neurons) and edges (which act like synapses) to process data. Through the system the inputs are generated and then run through to generate a series of output in the system. It must be remembered that neural networks aren’t the right solution for everything, but they excel at dealing with complex data.

According to Eric Ravenscraft in his article, "What Neural Networks, Artificial Intelligence, and Machine Learning Actually Do," Google and Microsoft using neural networks to power their translation apps is legitimately exciting because translating languages is hard. We’ve all seen broken translations, but neural network learning could let the system learn from correct translations to get better over time. We’ve seen a similar thing happen with voice transcription."

In fact, some companies will be able to develop powerful neural networks that do really comprehend things and make things better. In his article "Google says machine learning is the future. So I tried it myself," Alex Hern stated that "when Google made TensorFlow open to anyone to use, it wrote: 'By sharing what we believe to be one of the best machine learning toolboxes in the world, we hope to create an open standard for exchanging research ideas and putting machine learning in products.' And it’s not alone in that – every major machine learning implementation is available for free to use and modify, meaning it’s possible to set up a simple machine intelligence with nothing more than a laptop and a web connection."

Neuroscientists along with software engineers are becoming parts of multidisciplinary teams in large corporations to design products and services. Neural networks, artificial intelligence, and machine learning all describe ways for computers to do more advanced tasks and learn from their environment. While you may hear them used interchangeably by app developers, they can be very different in practice.