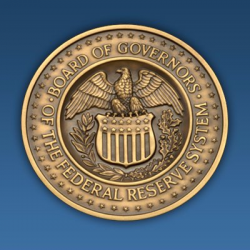 Federal Reserve Board of Governors

The Federal Reserve System is the Central Bank of the United States. It was founded by Congress in 1913 to provide the nation with a safer, more flexible and more stable monetary and financial system. Over the years, its role in banking and the economy has expanded. Today the Federal Reserve's duties fall into four general areas: Conducting the nation's monetary policy by influencing the monetary and credit conditions in the economy in pursuit of maximum employment, stable prices and moderate long-term interest rates. Supervising and regulating banking institutions to ensure the safety and soundness of the nation's banking and financial system and to protect the credit rights of consumers. Maintaining the stability of the financial system and containing systemic risk that may arise in financial markets. Providing financial services to depository institutions, the U.S. government, and foreign official institutions, including playing a major role in operating the nation's payments system.

Email me jobs from Federal Reserve Board of Governors