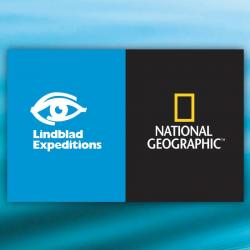 Lindblad Expeditions (LEX) is the country’s leading expedition travel company, pioneering travel to remote and pristine places around the globe such as Antarctica, the Arctic, Galapagos, Alaska, Baja California and beyond. Over 15,000 guests join our expeditions each year.

Based in New York with an office in Seattle, LEX has more than 100 full-time employees as well as a long roster of acclaimed naturalists and expedition leaders based around the world from which we staff our expeditions. The culture of the organization is based on a shared love of and respect for nature, culture and a belief in the power of travel to enroll people in the preservation of the planet’s natural treasures. Lindblad Expeditions and Sven-Olof Lindblad, our founder, have been the recipient of numerous travel and environmental awards.

In 2004 we partnered with the National Geographic Society creating a co-brand (LEX-NG) and a unique alliance designed to inspire travelers to explore and care about the planet through expedition travel.

Email me jobs from Lindblad Expeditions