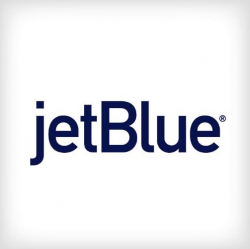 JetBlue is New York's Hometown Airline®, and a leading carrier in Boston, Fort Lauderdale - Hollywood, Los Angeles (Long Beach), Orlando, and San Juan. We carry more than 40 million Customers each year to 102 cities in the U.S., Caribbean, and Latin America with an average of 1,000 daily flights.

We’re in the business of flying, but JetBlue isn’t just about transporting people from one point to another. When we first took flight in February 2000, it was with the belief that there had to be a better way of doing business—a way to bring humanity back to the skies. Today, our mission is to inspire humanity.

Email me jobs from JetBlue Airways