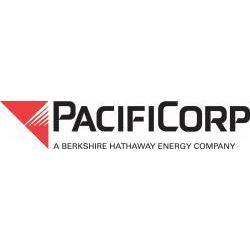 PacifiCorp is one of the West's leading utilities, serving approximately 1.9 million customers in six states. The company was formed in 1984, when our electric utility, natural resource development and telecommunications businesses grew into full-fledged enterprises. In 1989, we merged with Utah Power & Light and continued doing business as Pacific Power and Utah Power. PacifiCorp is a subsidiary of Berkshire Hathaway Energy.

Email me jobs from PacifiCorp