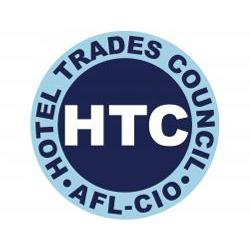 The Hotel Trades Council, AFL-CIO (HTC) is the union of workers in the hotel, gaming and racing industries in New York State and Northern New Jersey.

Our union’s membership of nearly 40,000 is extraordinarily diverse and includes large numbers of immigrants and women. HTC is widely recognized as the strongest and most successful local union, with the best union contract for hotel workers in the world.