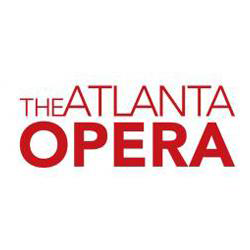 The Atlanta Opera’s mission is to build the major international opera company Atlanta deserves, with a vision to reimagine opera.

Founded in 1979, The Atlanta Opera celebrates its 40th anniversary in the 2019-20 season. The Opera works with world-renowned singers, conductors, directors, and designers who seek to enhance the art form.

Under the leadership of internationally recognized stage director and Carl W. Knobloch, Jr. General & Artistic Director Tomer Zvulun, The Atlanta Opera expanded from three to four mainstage productions at Cobb Energy Centre and launched the acclaimed Discoveries series. In recent years, the company was recognized by The Atlanta Journal-Constitution as part of its “Best of 2015” awards; it was nominated for an International Opera Award in 2016; and it won ArtsATL’s 2019 Luminary Award for Community Engagement, recognizing its successful Veterans Program in partnership with The Home Depot Foundation.

In addition, The Opera was featured in a 2018 Harvard Business School case study about successful organizational growth, and Zvulun presented a TEDx Talk at Emory University entitled “The Ambidextrous Opera Company, or Opera in the Age of iPhones.”

Email me jobs from The Atlanta Opera