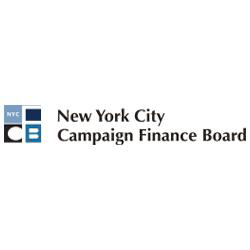 New York City Campaign Finance Board is a nonpartisan, independent city agency that serves the public interest by enhancing the role of New York City residents in the electoral process. Through its administration of the Campaign Finance Program, created in 1988, the CFB educates voters about the candidates and enables more citizens to compete for city office. The Program amplifies the impact of New Yorkers’ small contributions by matching them with public funds, reducing the possibility and the perception of corruption associated with large contributions and unlimited campaign spending.

Email me jobs from New York City Campaign Finance Board